Showing posts from February, 2018
Show all

SYNC: FREE AUDIOBOOKS FOR TEENS ENCOURAGES LISTENING
With audiobook availability and listening on the rise, the SYNC Audiobooks for Teens program, sponsored by AudioFile Magazine and powered by OverDrive, kicks off its ninth year on April 26th.


“This summer’s list will entice teens of many different tastes to experiment
with new titles in this growing format. We are pleased to have such a quality list to share!” says
AudioFile Magazine Founder Robin Whitten.

Teens, librarians, club leaders, and educators may sign up for email or text alerts about these FREE
offerings and can learn more at www.audiobooksync.com. Any individual may participate by
downloading the OverDrive App to their device of choice and returning to the SYNC website each
Thursday after 7am Eastern Time to download the new audiobook pair for the week. Each title is
available to download for one week only, but once downloaded may be kept by the recipient. Teens can build their listening collections and experience litera…
Post a Comment
Read more 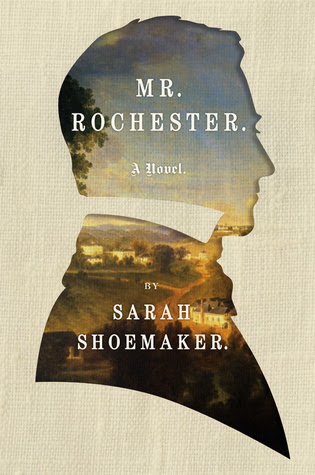 Mr. Rochester Sarah Shoemaker Grand Central Publishing | 9781455569809 | 453 pages
Available @ Amazon
Summary
For one hundred seventy years, Edward Fairfax Rochester has stood as one of literature's most romantic, most complex, and most mysterious heroes. Sometimes haughty, sometimes tender-professing his love for Jane Eyre in one breath and denying it in the next-Mr. Rochester has for generations mesmerized, beguiled, and, yes, baffled fans of Charlotte Brontë's masterpiece. But his own story has never been told.
Now, out of Sarah Shoemaker's rich and vibrant imagination, springs Edward: a vulnerable, brilliant, complicated man whom we first meet as a motherless, lonely little boy roaming the corridors and stable yards of Thornfield Hall. On the morning of Edward's eighth birthday, his father issues a decree: He is to be sent away to get an education, exiled from Thornfield and all he ever loved. As the determined young Edward begins his journey across England, making fr…
Post a Comment
Read more 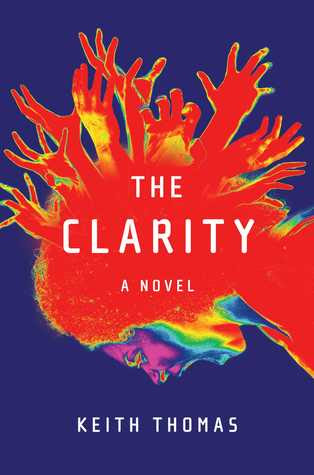 THE CLARITY by Keith Thomas Book Riot:
“you’ll love this chilling speculative thriller. Tautly plotted and well researched, this book is a riveting take on the possibility of afterlife and reincarnation.” Bookbubfeatures The Clarity in a “18 Books for Stephen King's Fans Coming in 2018”
“Keith Thomas’s debut, The Clarity, is a taut, riveting thriller, a perfect balance of scientific speculation and storytelling, all centered on a young girl of amazing talent and heart. I read it one sitting…and wanted to read it all over again once I turned the last page. An impressive debut that can only herald great things to come by this author.”– James Rollins, New York Times bestselling author of The Seventh Plague
“Thomas’s strong debut, a paranormal thriller [...] maintains the believability of his tightly coiled plot throughout.”– PUBLISHERS WEEKLY
As seen in PUREWOW’s “20 Books We Can’t Wait to Read in 2018” and i09’s “Get Cozy With 18 New Science Fiction and Fantasy Books This February” round…
Post a Comment
Read more 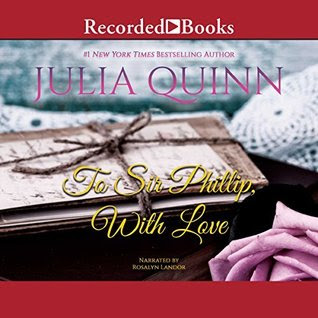 To Sir Phillip, With Love (Bridgertons #5) by Julia Quinn, Narrated by Rosalyn Landor Audio CD, Unabridged, 10.5 Hours Published October 30th 2017 by Recorded Books 9781501935626
Summary Sir Phillip knew from his correspondence with his dead wife's distant cousin that Eloise Bridgerton was a spinster, and so he'd proposed, figuring that she'd be homely and unassuming, and more than a little desperate for an offer of marriage. Except . . . she wasn't. The beautiful woman on his doorstep was anything but quiet, and when she stopped talking long enough to close her mouth, all he wanted to do was kiss her...
Eloise Bridgerton couldn't marry a man she had never met! But then she started thinking... and wondering... and before she knew it, she was in a hired carriage in the middle of the night, on her way to meet the man she hoped might be her perfect match. Except... he wasn't. Her perfect husband wouldn't be so moody and ill-mannered. And he certainly should h…
Post a Comment
Read more 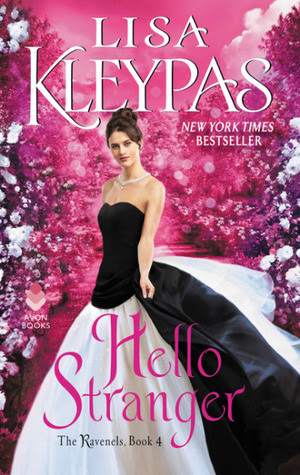 A woman who defies her time
Dr. Garrett Gibson, the only female physician in England, is as daring and independent as any man—why not take her pleasures like one? Yet she has never been tempted to embark on an affair, until now. Ethan Ransom, a former detective for Scotland Yard, is as gallant as he is secretive, a rumored assassin whose true loyalties are a mystery. For one exhilarating night, they give in to their potent attraction before becoming strangers again.

A man who breaks every rule
As a Ravenel by-blow spurned by his father, Ethan has little interest in polite society, yet he is captivated by the bold and beautiful Garrett. Despite their vow to resist each other after that sublime night, she is soon drawn into his most dangerous assignment yet. When the mission goes wrong, it will take all of G…
Post a Comment
Read more 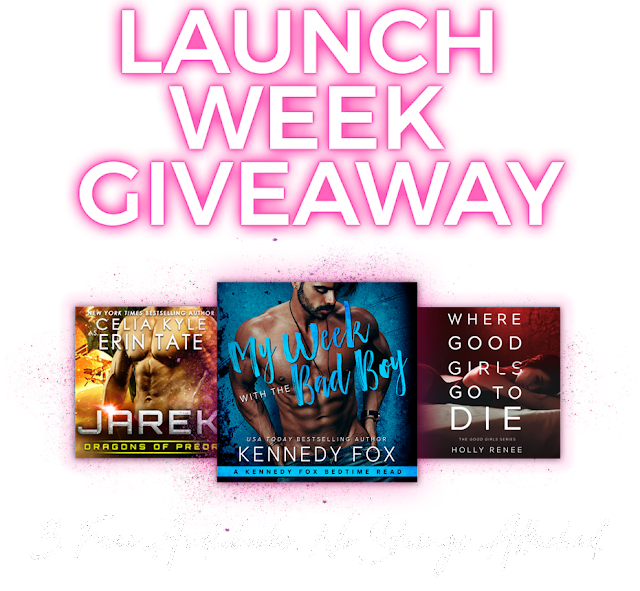 Never trust a man who answers the front door wearing nothing more than a pair of low-cut jeans and a panty-melting smirk.

I write about guys just like him for a living--sexy and charming, yet reluctant to get into a serious relationship. His body screams sex appeal, but his condescending personality makes him a classic f*ckboy.

And I want nothing to do with that.

Writing romance novels comes with its perks--traveling, meeting new people, creating characters from the voices in my head--but Ethan Rochester enters my life and rearranges all my preconceived notions about writing what inspires you.

One week is all it took. One week to realize that not everything is as it seems.

One week with the bad boy, and I wanted more.


Where Good Girls Go to Die Genre Contemporary Romance It was a bad idea from the beginning. He was my brother's best friend and the definition of unavailable. But I didn…
Post a Comment
Read more

Inside a book distribution warehouse and meet the author: Chanel Cleeton 
Meet the Author: Chanel Cleeton (NEXT YEAR IN HAVANA). I don't know about you, but this book is definitely in my TBR pile.

IMMORTAL RECKONING by Tara Fox Hall Series: Promise Me Series # 18 (Origin Story)
Genre: Paranormal, Historical Fiction, Suspense, Romance
Publisher: Melange Books
Publication Date: February 27, 2018 Add to Goodreads Through the love and loss of the ages, immortality brings only one certainty: vengeance. Disinherited and poverty stricken, bastard Danial clutches at the slim chance to earn a living as a guard, until a night attack leaves both him and his half-brother Devlin vampires. After finding true love with the aristocrat Lacey, Danial comes to the attention of James, the devious Vampire Lord of France. Enslaved by James, his love murdered, Danial plots to escape, his complex plan of years finally succeeding only to result in all of Europe’s demonic forces on the hunt for him. After a reunion and subsequent falling out with Devlin, Danial travels to the new world of America in pursuit of a new life. Settling in the west, Danial forms alliances with native vampire Valerian and the wit…
1 comment
Read more

LOOKING FOR SOMETHING NEW TO READ? CHECK OUT THE BOOK DISCOVERY TOUR AND ENTER TO WIN SOME COOL PRIZES

BOOK DISCOVERY TOUR
Hosted by Book Unleashed
February 8 - 12, 2018 Featuring an exciting lineup of books for your reading pleasure.
Check them out today.
And be sure to JOIN THE TOUR GIVEAWAY below too. It's FREE! TURN TO HER Lynn Kellan | The Brothers Series Book 2 | Contemporary Romance Ivan Antonov is determined to dismantle The Women’s Grid and anything else that spews man-hate all over campus. When his quest spins out of control, it targets Tia Garcia, the gorgeous psychology intern who lives next door. Her counseling program for women might lose funding, because the administration is feeling the pressure to eliminate every non-inclusive program on campus. Now Ivan must figure out how to protect her from the campaign he started. He also has to protect himself, because he’s falling hard for Tia - the one woman on campus who’s smart enough to figure out his darkest secret. Purchase Links: Amazon (Kindle) | Amazon (Print) Click here for more info THE SIEGE: A NOVEL Marilyn Baron…
Post a Comment
Read more

Have you met the World's Worst Editor? 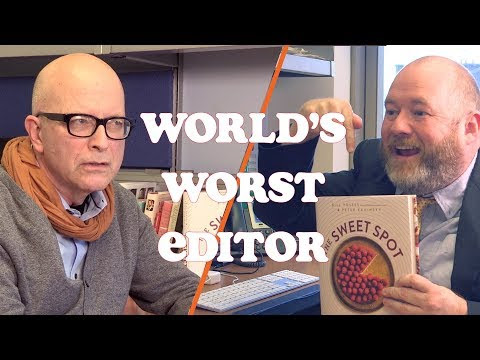 I love this series. It's hilarious! Check out this episode of  World's Worst Editor feat. Bill Yosses, author of THE SWEET SPOT

Ms. Linda reads The Night Before Valentine's Day for World Read Aloud Day, which was February 1, but you can still enjoy this story with your little ones! It's a cute story that follows along the lines of Twas the Night Before Christmas. 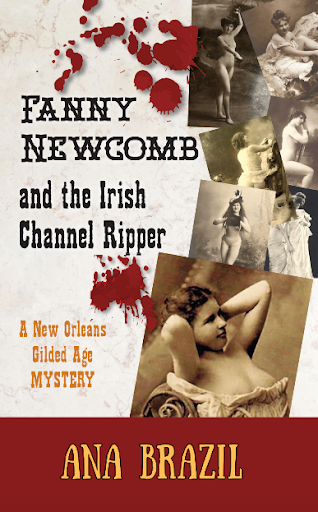 Gilded Age New Orleans is overrun with prostitutes, pornographers, and a malicious Jack the Ripper copycat. As threatening letters to newspaper editors proclaim, no woman is safe from his blade.

Desperate to know who murdered her favorite student, ambitious typewriting teacher Fanny Newcomb launches into a hunt for the self-proclaimed Irish Channel Ripper.

Fanny quickly enlists her well-connected employers—Principal Sylvia Giddings and her sister Dr. Olive—to help, and the women forge through saloons, cemeteries, slums, and houses of prostitution in their pursuit.