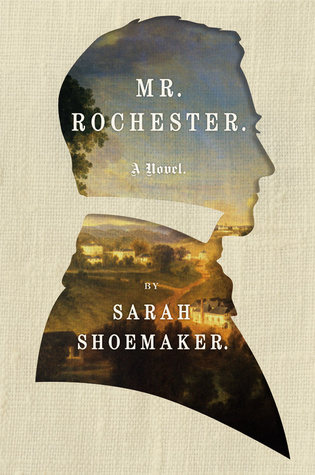 For one hundred seventy years, Edward Fairfax Rochester has stood as one of literature's most romantic, most complex, and most mysterious heroes. Sometimes haughty, sometimes tender-professing his love for Jane Eyre in one breath and denying it in the next-Mr. Rochester has for generations mesmerized, beguiled, and, yes, baffled fans of Charlotte Brontë's masterpiece. But his own story has never been told.
Now, out of Sarah Shoemaker's rich and vibrant imagination, springs Edward: a vulnerable, brilliant, complicated man whom we first meet as a motherless, lonely little boy roaming the corridors and stable yards of Thornfield Hall. On the morning of Edward's eighth birthday, his father issues a decree: He is to be sent away to get an education, exiled from Thornfield and all he ever loved. As the determined young Edward begins his journey across England, making friends and enemies along the way, a series of eccentric mentors teach him more than he might have wished about the ways of the men-and women-who will someday be his peers.
But much as he longs to be accepted-and to return to the home where he was born-his father has made clear that Thornfield is reserved for his older brother, Rowland, and that Edward's inheritance lies instead on the warm, languid shores of faraway Jamaica. That island, however, holds secrets of its own, and not long after his arrival, Edward finds himself entangled in morally dubious business dealings and a passionate, whirlwind love affair with the town's ravishing heiress, Antoinetta Bertha Mason.
Eventually, after a devastating betrayal, Edward must return to England with his increasingly unstable wife to take over as master of Thornfield. And it is there, on a twilight ride, that he meets the stubborn, plain, young governess who will teach him how to love again.
It is impossible not to watch enthralled as this tender-hearted child grows into the tormented hero Brontë immortalized-and as Jane surprises them both by stealing his heart. Mr. Rochester is a great, sweeping, classic coming-of-age story, and a stirring tale of adventure, romance, and deceit. Faithful in every particular to Brontë's original yet full of unexpected twists and riveting behind-the-scenes drama, this novel will completely, deliciously, and forever change how we read and remember Jane Eyre.

Sarah Shoemaker decided to write Mr. Edward Rochester's story after reading Jane Eyre and trying to figure out what Jane saw in him. After all, Mr. Rochester is a favorite romantic literary hero to many readers. But like Sarah I've always wanted to know more about him. Which is why I was so eager to read this book.

When we meet Mr. Rochester he's a brooding, disagreeable man with a wife hidden in the attic. And even though Charlotte Bronte fills in details about his life, I still want to know more. Mr. Rochester begins with Edward's childhood and expands to him being sent away to school. Shoemaker explores the relationship he has with his father as well as the other influential people he had in his life.
And while all that was interesting, it was not until he met Bertha Mason that this novel really took off for me. Not to mention when he meets Jane.

Mr. Rochester is a detailed, yet enjoyable look into the past of the infamous Edward Fairfax Rochester. Sarah Shoemaker wrote the novel she wanted to read, and I'm glad she did. Fans of Mr. Rochester will appreciate Shoemaker's imagination and a closer look inside this beloved character.