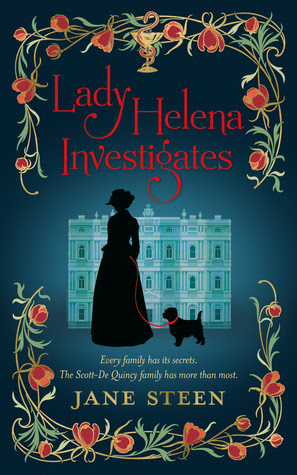 A reluctant lady sleuth finds she’s investigating her own family.

Step into Lady Helena Whitcombe’s world with the first novel in a series that will blend family saga and mystery-driven action with a slow-burn romance in seven unputdownable investigations.

1881, Sussex. Lady Helena Scott-De Quincy’s marriage to Sir Justin Whitcombe, three years before, gave new purpose to a life almost destroyed by the death of Lady Helena’s first love. After all, shouldn’t the preoccupations of a wife and hostess be sufficient to fulfill any aristocratic female’s dreams? Such a shame their union wasn’t blessed by children . . . but Lady Helena is content with her quiet country life until Sir Justin is found dead in the river overlooked by their grand baroque mansion.

The intrusion of attractive, mysterious French physician Armand Fortier, with his meddling theory of murder, into Lady Helena’s first weeks of mourning is bad enough. But with her initial ineffective efforts at investigation and her attempts to revive her long-abandoned interest in herbalism comes the realization that she may have been mistaken about her own family’s past. Every family has its secrets—but as this absorbing series will reveal, the Scott-De Quincy family has more than most.

Can Lady Helena survive bereavement the second time around? Can she stand up to her six siblings’ assumption of the right to control her new life as a widow? And what role will Fortier—who, as a physician, is a most unsuitable companion for an earl’s daughter—play in her investigations?

Praise for The House of Closed Doors Series

"I cannot praise Jane Steen enough for her ability to build a world that captures every essence of an era. She was able to take the singularly focused plot of an unwed teen and wrap her journey with the social, political and cultural values of the day. Within this framework the reader is given an eyewitness experience into the daily realities of homemaking, transportation, fashion, society's value of women and those less fortunate as well historical events such as commerce, war and the Chicago fire."

"I loved this book. It was well written and well edited. The story captured me on the first few pages and held my interest to the last page. I forced myself to close the book at midnight! Moves nicely along from scene to scene. Some of the heroine's choices were not what I expected and when I thought I had unraveled the whole mystery, I hadn't. Just an overall satisfying reading experience! Loved it."

"Engrossing historical fiction that really stays with the characters (who are well-crafted) and doesn't go for the obvious cliches. I loved Nell, the protagonist, and so many others...Martin and Tess especially. I admit I kind of wanted it to end a certain way, but the ending the author chose was a braver one for Nell, and more true to who she'd been throughout the novel. The historical backdrop was interesting, but it was the character work that really drew me in, and the mystery."

"Extremely well written story! I couldn't put it down, and pulled an all-nighter reading it. I was mesmerized by this story, and captivated by the depth of characterization." 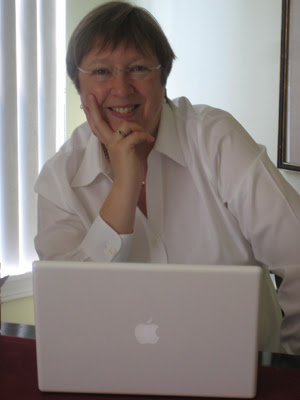 Jane Steen was born in England and, despite having spent more years out of the British Isles than in, still has a British accent according to just about every American she meets.

Her long and undistinguished career has included a three-year stint as the English version of a Belgian aerospace magazine, an interesting interlude as an editor in a very large law firm, and several hectic years in real estate marketing at the height of the property boom. This tendency to switch directions every few years did nothing for her resume but gave her ample opportunity to sharpen her writing skills and develop an entrepreneurial spirit.

Around the edges of her professional occupations and raising children, she stuck her nose in a book at every available opportunity and at one time seemed on course to become the proverbial eternal student. Common sense prevailed, though, and eventually she had the bright idea of putting her passion for books together with her love of business and writing to become a self-published author.

Jane has lived in three countries and is currently to be found in the Chicago suburbs with her long-suffering husband and two adult daughters.

Monday, March 12
Feature at Passages to the Past

Tuesday, March 13
Feature at To Read, Or Not to Read

Thursday, March 15
Feature at Encouraging Words from the Tea Queen

Friday, March 16
Interview at Let Them Read Books
Feature at What Is That Book About

Tuesday, March 27
Review at View from the Birdhouse

Friday, March 30
Review at History From a Woman's Perspective

Tuesday, April 3
Review at Based on a True Story

Wednesday, April 11
Review at What Cathy Read Next
Feature at A Literary Vacation

Friday, April 13
Tour Wrap Up at Passages to the Past

During the Blog Tour we will be giving away two eBooks of Lady Helena Investigates by Jane Steen! To enter, please enter via the Gleam form below.

– Giveaway ends at 11:59pm EST on April 13th. You must be 18 or older to enter.
– Giveaway is open to US residents only.
– Only one entry per household.
– All giveaway entrants agree to be honest and not cheat the systems; any suspect of fraud is decided upon by blog/site owner and the sponsor, and entrants may be disqualified at our discretion.
– Winner has 48 hours to claim prize or new winner is chosen.