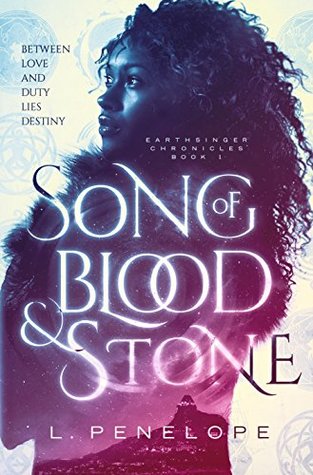 A treacherous, thrilling, epic fantasy about an outcast drawn into a war between two powerful rulers.

Orphaned and alone, Jasminda lives in a land where cold whispers of invasion and war linger on the wind. Jasminda herself is an outcast in her homeland of Elsira, where her gift of Earthsong is feared. When ruthless soldiers seek refuge in her isolated cabin, they bring with them a captive--an injured spy who threatens to steal her heart.

Jack's mission behind enemy lines to prove that the Mantle between Elsira and Lagrimar is about to fall nearly cost him his life, but he is saved by the healing Song of a mysterious young woman. Now he must do whatever it takes to save Elsira and its people from the True Father and he needs Jasminda's Earthsong to do it. They escape their vicious captors and together embark on a perilous journey to save Elsira and to uncover the secrets of The Queen Who Sleeps.

Thrust into a hostile society, Jasminda and Jack must rely on one another even as secrets jeopardize their bond. As an ancient evil gains power, Jasminda races to unlock a mystery that promises salvation.

The fates of two nations hang in thebalance as Jasminda and Jack must choose between love and duty to fulfill their destinies and end the war.

"In the Beginning, there was silence." Song of Blood & Stone is part fairy tale part epic adventure. In the days of yore, the Lord and Lady arrived from a distant world. Upon their arrival to their new home, they used their magic (Earthsong) to heal "the parched earth." For the rays of the scalding sun had burned it. The people took shelter in caves. The Lord and Lady sang "trees into being and streams into rivers." They were called the Firsts. They bore nine children; they were the Seconds. These children married the cave dwellers, and their children became the Thirds. The Thirds either had Earthsong (magical abilities) or were Silent. Centuries have gone by. Wars have been fought. A magical wall has been erected separating Elsira and Lagrimar.  Between the magics and nonmagics. And this is where our story begins.

Jasminda is an outcast in Elira. Her mother was Elsiran and her father Lagrimar. She takes after her father in both looks and Earthsong. After losing her mother at an early age and her father and brothers a few years later, Jasminda has learned to be strong and independant. But now she's being forced off the land she's lived her entire life by her maternal grandfather. It's on her way home from finding out that she may be evicted when she meets Jack, an injured soldier.

Jack is a soldier who went undercover with the Lagrimar army. He's been captured and badly injured. Because of a snowstorm, the Lagrimar soldiers, along with  their prisoner, must take refuge in Jasminda's home. She's wary of their presence and of their treatment of Jack. She takes pity on the injured soldier and uses her Earthsong to try to heal him. From the moment these two meet, there is a spark between them. Jasminda and Jack embark on an epic journey together that leads them into danger and uncovers mysteries.

Both Jack and Jasminda are interesting characters. Jasminda has lived an isolated life. Losing her father at an early age, she'd not learned a lot about Earthsong or the customs that go along with it. She's a stranger to both Elsiran and Lagimar. Not really belonging to or accepted by either side. She's shunned for her dark skin and magical abilities. Jack is idealistic and leads with his heart. He's got many secrets that cause complications for the two that will either tear them apart of bring them closer together.

Song of Blood & Stone is an intricate adventure that deals with current events such as racism,  refugees, and the political climate without getting preachy. The world and characters L. Penolope created are complex as well as fascinating. It didn't take long before I was fully engulfed in the story. Reading it whenever I had a spare minute or two. I highly recommend this book to everyone.