Research says people are reading less, audiobooks have a greater impact than films, and a biography of Anthony Bourdain

By Marcie - July 03, 2018
A Pew Research Center study showed that "76 percent of U.S. adults have read a book in the last year, which is down from 79 percent in 2011. Jenna Bush Hager and TODAY are on a mission to get more Americans excited about reading with the "Read More TODAY" series." The Today anchors shared their picks for the best summer read. You can view it here. Here's my pick: 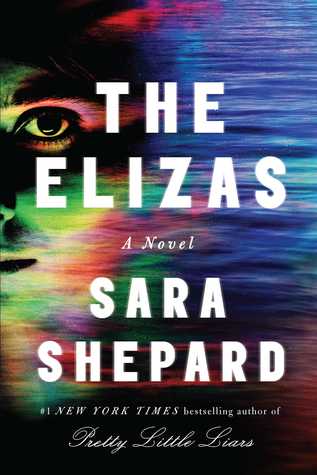 When debut novelist Eliza Fontaine is found at the bottom of a hotel pool, her family at first assumes that it’s just another failed suicide attempt. But Eliza swears she was pushed, and her rescuer is the only witness.

Desperate to find out who attacked her, Eliza takes it upon herself to investigate. But as the publication date for her novel draws closer, Eliza finds more questions than answers. Like why are her editor, agent, and family mixing up events from her novel with events from her life? Her novel is completely fictional, isn’t it?

The deeper Eliza goes into her investigation while struggling with memory loss, the closer her life starts to resemble her novel, until the line between reality and fiction starts to blur and she can no longer tell where her protagonist’s life ends and hers begins.

An article in Independent claims "Listening to audiobooks has a greater emotional impact than watching films." As if we didn't know that already! But it's cool that it's backed up by science. I just finished listening to a romance that definitely got my heart beating a little faster. You might want to check it out. It's also a good summer read. 😉 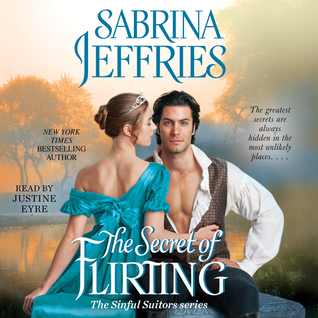 The moment spymaster Baron Fulkham meets the stunning Princess Aurore of Chanay, he's positive her royal persona is a ruse and that she's actually Monique Servais, the mysterious actress he met three years before in Dieppe. But as he pursues his suspicions, he uncovers a plot of attempted assassination and betrayal that could very well destroy his career, expose his own secrets...and ruin the woman he's rapidly coming to love.

The Secret of Flirting is a sizzling historical romance filled with fast-paced storytelling, an enchanting heroine, and a sexy hero, perfect for fans of Regency romance.

The world is still mourning the loss of Anthony Bourdain, chef, author, and television personality. A new book is the works about this beloved guy. The biography is being described as “an authorized portrait of the writer, veteran chef and television traveller, built from stories shared by those who knew him best.” I, for one, can't wait to read it.


According to ye olde Publishers Marketplace, @LaurieWoolever is editing Bourdain: The Oral Biography, "an authorized portrait of the writer, veteran chef and television traveler, built from stories shared by those who knew him best” for Ecco. Fall 2019
— Paula Forbes (@paulaforbes) June 27, 2018