Review: The Whale: A Love Story 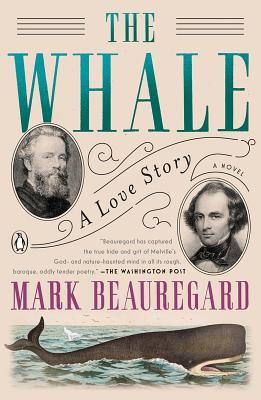 A rich and captivating novel set amid the witty, high-spirited literary society of 1850s New England, offering a new window on Herman Melville's emotionally charged relationship with Nathaniel Hawthorne and how it transformed his masterpiece, Moby-DickIn the summer of 1850, Herman Melville finds himself hounded by creditors and afraid his writing career might be coming to an end--his last three novels have been commercial failures and the critics have turned against him. In despair, Melville takes his family for a vacation to his cousin's farm in the Berkshires, where he meets Nathaniel Hawthorne at a picnic--and his life turns upside down.The Whale chronicles the fervent love affair that grows out of that serendipitous afternoon. Already in debt, Melville recklessly borrows money to purchase a local farm in order to remain near Hawthorne, his newfound muse. The two develop a deep connection marked by tensions and estrangements, and feelings both shared and suppressed.Melville dedicated Moby-Dick to Hawthorne, and Mark Beauregard's novel fills in the story behind that dedication with historical accuracy and exquisite emotional precision, reflecting his nuanced reading of the real letters and journals of Melville, Hawthorne, Oliver Wendell Holmes, and others. An exuberant tale of longing and passion, The Whale captures not only a transformative relationship--long the subject of speculation--between two of our most enduring authors, but also their exhilarating moment in history, when a community of high-spirited and ambitious writers was creating truly American literature for the first time.

I didn't know anything about the lives of Nathaniel Hawthorne or Herman Melville before reading The Whale by Mark Beauregard. And I never would have guessed I would be on the edge of my seat wondering if these two famous authors were going to get together. Was it love, admiration, or just hero worship? Or a combination of all three?

I recently finished reading Moby Dick where I did note that the book was dedicated to Nathaniel Hawthorne. In truth, I gave it no more than a passing thought that they were friends. After all they're both notable authors who probably admired each other's work. But I had no idea there was more to the story. And I wanted to know more. Also, another reason why this book interested me was because it takes place while Melville is toiling away at writing the great tome Moby Dick.

Before I get into the story I want to note that Beauregard used many sources to write this novel including biographies, letters, and journals. And if you've read any of their books, you might have noticed the underlying themes that point in this direction. So while this work is fiction, its basis is in fact.

Herman Melville met Nathaniel Hawthorne at a picnic. It's there that an immediate attachment is formed. It was as if their two souls had recognized each other. From then, it's almost as if Melville became a little bit obsessed with Hawthorne. Needing to see him, be with him. But they were both married with children living in a society where their feelings could lead them down a path of destruction and ultimate ruin.

And while Beauregard does a wonderful job recounting their relationship. The majority of the book had me wondering: will they or won't they? The story followed as closely as possible to the events as they occurred, and for me, that made the story all the better. The Whale: A Love Story is an interesting look into the past about two authors and their hidden desires. Their story will stay with you long after you close the book.