Showing posts from August, 2018
Show all

WEDDING FROM HELL PART 3 IS AVAILABLE, AND IT'S FREE 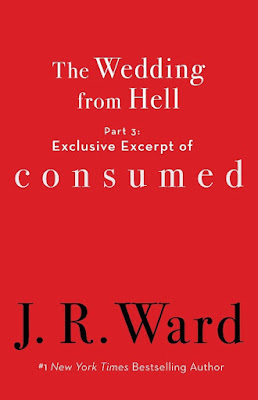 The Wedding from Hell Part 3: Exclusive Excerpt of Consumed by J. R. Ward Available: August 28, 2018 Gallery Books | E-book Original ISBN: 9781982105389 | Free The Wedding from Hell, Part 3: Exclusive Excerpt of Consumed is the final part of J.R. Ward’s  The Wedding From Hell  ebook serialization. Don’t miss this exclusive teaser to her upcoming standalone romantic suspense,  CONSUMED  (available in October 2, 2018). See why “ Consumed  takes it to a whole new level” (Lisa Gardner, #1  New York Times  bestselling author).     About the Book: From the creator of the #1  New York Times  bestselling Black Dagger Brotherhood series, get ready for a new band of brothers. And a firestorm.             Anne Ashburn is a woman consumed...   By her bitter family legacy, by her scorched career as a firefighter, by her obsession with department bad-boy Danny McGuire, and by a new case that pits her against a fiery killer.       Strong-willed Anne was fearless an
Post a Comment
Read more 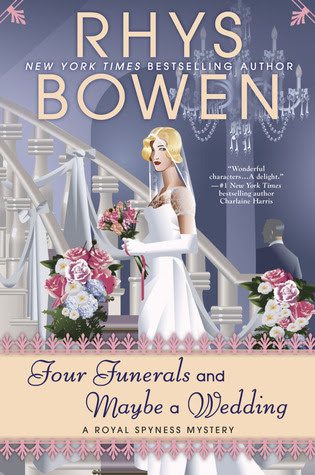 Four Funerals and Maybe a Wedding (Her Royal Spyness #12) by Rhys Bowen  304 pages | Published August 7th 2018 by Berkley 9780425283523 Summary In this delightful new Royal Spyness Mystery from the New York Times bestselling author of On Her Majesty's Frightfully Secret Service, Georgie is plotting a trip down the aisle but finds herself embroiled in a murder that hits a little too close to home... Georgie is finally able to plan for her wedding in the summer. It is going to be a summer of weddings: her mother is marrying Max, her German beau; Georgie's grandfather is marrying his next door neighbor, Mrs. Huggins; and Darcy's father is getting up the courage to ask the princess to marry him. Georgie is staying at the princess's London house when she receives a letter from one of her mother's former husbands, Sir Hubert Anstruther. Georgie is now his sole heir, and he's offering her the use of his lovely country house. He suggests she move
Post a Comment
Read more

Audiobook Review: Women of the Dunes 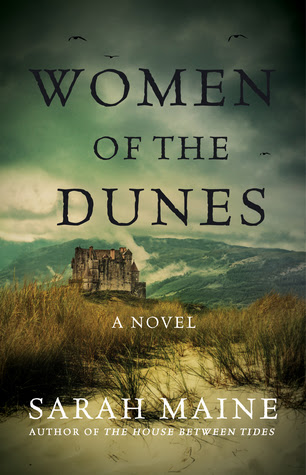 Women of the Dunes by Sarah Maine Narrated by: Ruth Urquhart Length: 10 hrs and 54 mins Paperback, 384 pages Published July 24th 2018 by Atria Books 9781501189593 Summary From the author of the acclaimed novels The House Between Tides and Beyond the Wild River, a rich, atmospheric tale set on the sea-lashed coast of west Scotland, in which the lives of a ninth-century Norsewoman, a nineteenth-century woman, and a twenty-first-century archeologist weave together after a body is discovered in the dunes. Libby Snow has always felt the pull of Ullanessm a lush Scottish island enshrouded in myth and deeply important to her family. Her great-great-grandmother Ellen was obsessed with the strange legend of Ulla, a Viking maiden who washed up on shore with the nearly lifeless body of her husband—and who inspired countless epic poems and the island’s name. Central to the mystery is an ornate chalice and Libby, an archaeologist, finally has permission to excavate t
Post a Comment
Read more

Review: Conan Doyle for the Defense 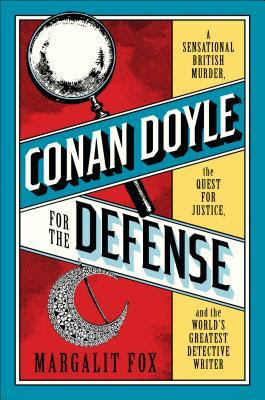 Conan Doyle for the Defense by Margalit Fox  Hardcover, 344 pages Published June 26th 2018 by Random House  9780399589454 Summary Arthur and George meets The Suspicions of Mr Whicher: how the creator of Sherlock Holmes overturned one of the great miscarriages of justice. Just before Christmas 1908, Marion Gilchrist, a wealthy 82-year-old spinster, was found bludgeoned to death in her Glasgow home. A valuable diamond brooch was missing, and police soon fastened on a suspect - Oscar Slater, a Jewish immigrant who was rumoured to have a disreputable character. Slater had an alibi, but was nonetheless convicted and sentenced to death, later commuted to life imprisonment in the notorious Peterhead Prison. Seventeen years later, a convict called William Gordon was released from Peterhead. Concealed in a false tooth was a message, addressed to the only man Slater thought could help him - Arthur Conan Doyle. Always a champion of the downtrodden, Conan Doyle turned
Post a Comment
Read more 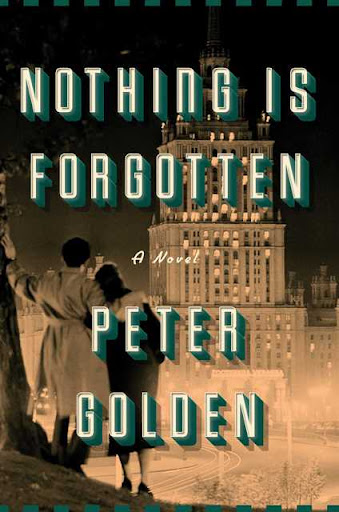 Nothing is Forgotten by Peter Golden Publication Date: April 10, 2018 Atria Books Hardcover & eBook; 352 pages Genre: Fiction/Historical/Jewish From the beloved author of Comeback Love and Wherever There Is Light, comes a novel about the life-changing journey of a young man who travels from New Jersey to Khrushchev’s Russia and the beaches of Southern France as he finds love and discovers the long-hidden secrets about his heritage. In 1950s New Jersey, Michael Daniels launches a radio show in the storage room of his Russian-Jewish grandmother’s candy store. Not only does the show become a local hit because of his running satires of USSR leader Nikita Khrushchev, but half a world away, it picks up listeners in a small Soviet city. There, with rock and roll leaking in through bootlegged airwaves, Yulianna Kosoy—a war orphan in her mid-twenties—is sneaking American goods into the country with her boss, Der Schmuggler. But just as Michael’s radio show is taking
1 comment
Read more 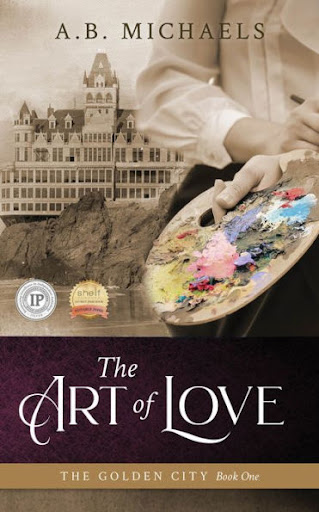 The Art of Love (Golden City, Book 1) by A.B. Michaels Publication Date: May 4, 2014 Genre: Historical Fiction/Romance READ AN EXCERPT . A Notable Indie Book of 2014 Silver Ippy Award New Apple Medalist Editor’s Choice – Idaho Book Awards At the end of the Gilded Age, the “Golden City” of San Francisco offers everything a man could want—except the answers August Wolff desperately needs to find. After digging a fortune in gold from the frozen fields of the Klondike, Gus heads south, hoping to start over and put the baffling disappearance of his wife and daughter behind him. The turn of the century brings him even more success, but the distractions of a city some call the new Sodom and Gomorrah can’t fill the gaping hole in his life. Amelia Starling is a wildly talented artist caught in the straightjacket of Old New York society. Making a heart-breaking decision, she moves to San Francisco to further her career, all the while living with the pain of a sacr
1 comment
Read more 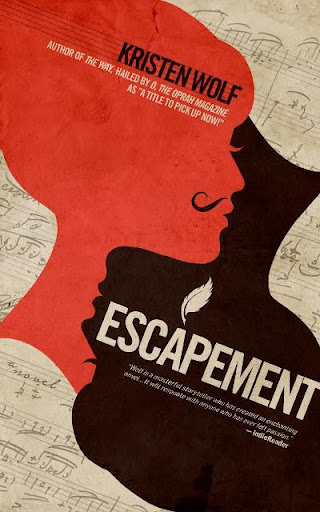 Escapement - An Exquisite Tale of Love and Passion by Kristen Wolf Publication Date: August 1, 2018 Pixeltry Paperback & eBook; 481 Pages Genre: Fiction/Historical/Women's ***WINNER of the 2018 IndieReader DISCOVERY AWARD*** From the bestselling Author of THE WAY, hailed by O, THE OPRAH MAGAZINE as “A Title To Pick Up Now!” Henri keeps many secrets. Some even from herself... Prepare to be transported into a sensual world of possibility by this lush, heart-wrenching and gorgeously-written tale. Brimming with passion, intrigue, extraordinary characters and breathtaking surprises , ESCAPEMENT will arouse the senses and seduce readers of every persuasion . “Wolf is a masterful storyteller who has created an enchanting novel… It will resonate with anyone who has ever felt passion.” —IndieReader Cristofer's star is poised to rise. Everyone expects the dashing and gifted composer to soar to the heights of musical genius—an expectation that terri
1 comment
Read more

Audiobook Review: What Should Be Wild 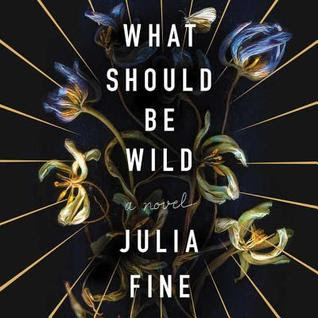 What Should Be Wild by Julia Fine, Narrated by Cassandra Campbell, Rebecca Gibel Published May 8th 2018 by HarperCollins Length: 11 hrs and 41 mins 9781538519455 Summary Cursed. Maisie Cothay has never known the feel of human flesh: born with the power to kill or resurrect at her slightest touch, she has spent her childhood sequestered in the family's manor at the edge of a mysterious forest. Maisie's father, an anthropologist who sees her as more experiment than daughter, has warned Maisie that local villagers talk of men disappearing inside this dark wood; when they return, their minds are addled, their stories strange. What he has not told her is that for centuries, her female ancestors have also vanished into the wood, never to emerge.But one day Maisie's father disappears and Maisie must venture beyond the walls of her carefully constructed life to find him. Away from her home and the woods for the very first time, she encounters a strange and terr
Post a Comment
Read more 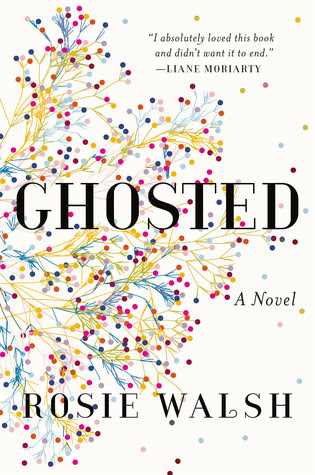 Ghosted by Rosie Walsh Hardcover, 352 pages Published July 24th 2018 by Pamela Dorman Books  9780525522775 Summary Seven perfect days. Then he disappeared. A love story with a secret at its heart. When Sarah meets Eddie, they connect instantly and fall in love. To Sarah, it seems as though her life has finally begun. And it's mutual: It's as though Eddie has been waiting for her, too. Sarah has never been so certain of anything. So when Eddie leaves for a long-booked vacation and promises to call from the airport, she has no cause to doubt him. But he doesn't call. Sarah's friends tell her to forget about him, but she can't. She knows something's happened--there must be an explanation. Minutes, days, weeks go by as Sarah becomes increasingly worried. But then she discovers she's right. There is a reason for Eddie's disappearance, and it's the one thing they didn't share with each other: the truth. My Thought
Post a Comment
Read more

The Wedding from Hell, Part 2: The Reception is available now and it's FREE 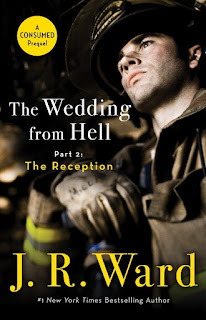 The Wedding from Hell Part 2: The Reception by J. R. Ward Available: August 7, 2018 Gallery Books | E-book Original ISBN: 9781982105372 | Free The Wedding from Hell, Part 2: The Rehearsal Dinner  is the exciting second adventure in J.R. Ward’s three-part ebook serialization:  The Wedding From Hell . This exclusive prequel to her upcoming standalone suspense,  Consumed  (available in Fall 2018) takes us back to the night steamy arson investigator Anne Ashburn and ‘bad boy’ firefighter Danny Maguire will never forget. About the Book: The Wedding From Hell, Part 2: The Reception : As the wedding from hell continues, Anne and Danny find themselves walking the delicate balance between professional distance and explosive attraction. Will the desire they feel last through the night and change their lives? Or are they doomed to part after one night of passion? About the Author: J.R. Ward is the author of more than thirty novels, including those in her
Post a Comment
Read more
More posts