Audiobook Review: Women of the Dunes 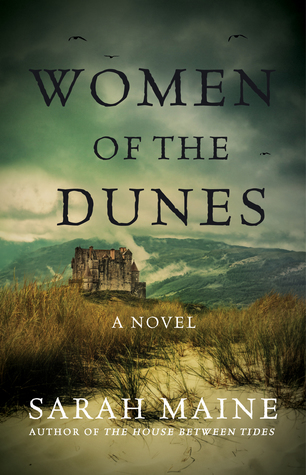 From the author of the acclaimed novels The House Between Tides and Beyond the Wild River, a rich, atmospheric tale set on the sea-lashed coast of west Scotland, in which the lives of a ninth-century Norsewoman, a nineteenth-century woman, and a twenty-first-century archeologist weave together after a body is discovered in the dunes.

Libby Snow has always felt the pull of Ullanessm a lush Scottish island enshrouded in myth and deeply important to her family. Her great-great-grandmother Ellen was obsessed with the strange legend of Ulla, a Viking maiden who washed up on shore with the nearly lifeless body of her husband—and who inspired countless epic poems and the island’s name.

Central to the mystery is an ornate chalice and Libby, an archaeologist, finally has permission to excavate the site where Ulla is believed to have lived. But what Libby finds in the ancient dunes is a body from the Victorian era, clearly murdered…and potentially connected to Ellen.

What unfolds is an epic story that spans centuries, with Libby mining Ellen and Ulla’s stories for clues about the body, and in doing so, discovering the darker threads that bind all three women together across history.

Women of the Dunes by Sarah Maine takes you by the hand and says, "Come with me. Come explore Ullaness and the mysteries and legends it holds. No passport required." I'm glad that I decided to listen to this on audiobook because Ruth Urquhart's narration put me in a Scotland frame of mind from the first sentence. Not to mention the fact that I wouldn't have been able to pronounce a few of the names correctly.

Libby Snow, the main character, has always felt pulled in the direction of Ullaness. In fact, her great-great grandmother Ellen was obsessed with the legend of Ulla, a viking woman who came to the shores trying to escape her husband. Libby comes to Ullaness to work on an excavation site where Ulla is said to be buried. However, instead of finding Ulla, Libby finds a body buried in the dunes from the Victorian era, a body that was murdered.

Women of the Dunes holds three different time periods: Ulla in 800 A.D., Ellen in 1890s, and Libby in 2012. Each story different but parallel to the others. Three women generations apart, yet destined to repeat the same mistakes. It was incredibly fascinating to see how Sarah Maine wove the threads of this story together. The women have faith, courage, and perseverance.

I don't dare say too much about the story line because half the fun was listening as it unfolded and connecting the dots. I loved going back and forth in time and learning about each woman and their unique challenges. Women of the Dunes is a beautiful story that will appeal to fans of historical fiction. This book will stay with you long after the story ends.

I recommend this book on audio. Ruth Urquhart's voice transports you away to another time and another place. And it's heavenly.

*I received a copy of this book from the publisher for review purposes only. This has in no way influenced my opinion.