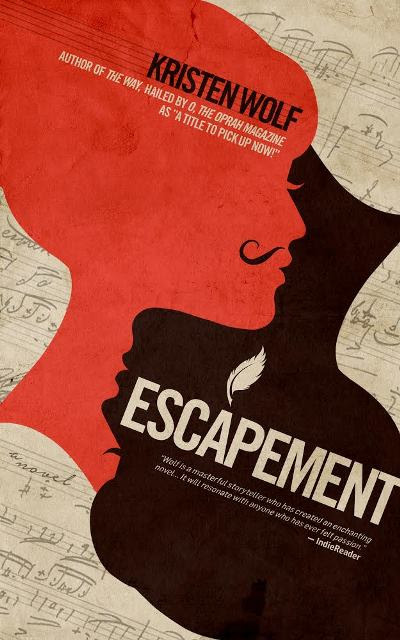 Escapement - An Exquisite Tale of Love and Passion
by Kristen Wolf

From the bestselling Author of THE WAY, hailed by O, THE OPRAH MAGAZINE as “A Title To Pick Up Now!”


Henri keeps many secrets. Some even from herself...

Prepare to be transported into a sensual world of possibility by this lush, heart-wrenching and gorgeously-written tale. Brimming with passion, intrigue, extraordinary characters and breathtaking surprises, ESCAPEMENT will arouse the senses and seduce readers of every persuasion.

“Wolf is a masterful storyteller who has created an enchanting novel… It will resonate with anyone who has ever felt passion.”
—IndieReader

Cristofer's star is poised to rise. Everyone expects the dashing and gifted composer to soar to the heights of musical genius—an expectation that terrifies the young artist as much as it drives him.

Walking into the fire with Cristofer is his housekeeper, Henri, a passionate and handsome young woman who takes pleasure in dressing as a man. Tending to her employer’s domestic needs, Henri has crafted a carefree life of routine behind which she hides the truth of a tragic past. Possessed herself of an extraordinary talent, she covertly guides her employer through the trials of his artistic and romantic pursuits while carefully guarding his most closely-held secret.

But Henri’s deceptively simple life is ripped apart when a wealthy and ruthless patron grants Cristofer a spectacular commission, then unwittingly hires Henri—whom he believes to be male—to give piano lessons to his alluring wife.

The resulting entanglements rise to a dangerous pitch as Cristofer struggles to create music of epic proportions while Henri is ignited by a love more powerful than any she has ever known. But when the monstrously ambitious patron catches wind of a duplicity, he and his henchmen mobilize quickly to target the threat and soon the only hope for either friend’s survival depends on one publicly exposing the other’s hidden truth—an act that would defy the bonds of love and loyalty and bring all their lives crashing down.

Can Henri stop the oncoming tragedy and still hold onto her greatest love? Or must she lose everything?

"ESCAPEMENT is a symphony of words marked by lyrical phrases and exquisite rhythm... a testament to the artistic spirit... breathtaking."
—IndieReader


Available in Paperback & eBook on Amazon


Thank you to Marcie and the To Read or Not to Read team for having me here to write a guest post!

It was hard to choose just one topic to explore, but I thought I'd answer the question I've been asked the most since ESCAPEMENT came out, and that is:

What served as the primary inspiration for ESCAPEMENT?

Well, the truth is, the idea actually occurred to me many, many years ago.

When I was a sophomore in college, I took a music history course that explored the great classical music repertoire. As a child, I’d never really listened to classical music and was completely overwhelmed by what I heard. I became enchanted and obsessed at the same time. I basically fell in love – hard – not only with the music but with the stories and lives of the famed composers and musicians themselves. In fact, I was so inspired that I decided to learn how to play piano. I found a teacher and took some basic lessons and then played for hours and hours and hours. Literally. Finally I could start to play some of the music that had so enchanted me and it was the most amazing experience. So it was then, when I was eighteen and obsessed, that the seeds of the story first took root.

The idea then sat in the back of my mind and grew little by little as time went by. Stealing a detail from here, a character trait from there. Until, years later, it formulated fully enough to be written.

None of my other works took so long to come to fruition. But I learned later that having big ideas build over long periods of time isn't all that unusual an occurrence. I love the work of Steven Johnson and in his book, WHERE GOOD IDEAS COME FROM, he explained that large works and innovations that seem complex often start from very small details that are sticky. Sticky meaning they are interesting to the person who notices them. And as that individual grows and has new experiences and gains new knowledge and insights , bits and pieces get stuck to the original detail. And so it expands like a rolling snowball. That was very much my experience with ESCAPEMENT. In fact, there are details and features from so many different parts of my life, and different parts of myself, wrapped into the tale. So that by the time I sat down to write I felt as though I knew the characters and the storyline inside and out.

There was, however, one thing that really surprised me during the writing of the book. Normally, I’ve only been able to write when there is peace and quiet. It's been so ever since I can remember. But when I began ESCAPEMENT I quickly discovered that I could only write when I had music playing. In fact, I kept the Adagio from Brahms’ First Piano Concerto playing on a repetitive loop. The piece (the concerto's second movement) would play for twelve minutes or so and wind down to its ominous conclusion, then start right back up again, over and over. When I completed the first draft, I checked the little counter on iTunes and it said I’d listened to that piece over 2,500 times. I was completely shocked when I saw that!

For some reason, though, I had to have that music playing while I wrote. Maybe it brought on a sort of musical trance that helped to enter the composers’ state of mind, I don’t know. Naturally I thought I’d discovered a secret to my writing process that would make every book so much easier. But when I picked what I thought would be a conducive soundtrack for the writing of my next book, I was completely surprised to find that I couldn’t stand listening to music at all! I found it entirely distracting and uncomfortable! And so I realized that listening to music was just something special and essential for the experience of writing ESCAPEMENT, and not a practice that would carry over to other projects. When I think about it now, it probably shouldn’t be all that surprising, but it really was.

Many of the early reader comments and reviews have mentioned a lyrical quality to the writing – which I certainly strove for consciously – but which I think also arose from an entirely unconscious place, a sort of seamless poetic soundwave that the music itself had created while I was working.

I want to say, too, that I've been so appreciative of the positive reception ESCAPEMENT has received. It's certainly not a book for everyone but when it finds the right match, it seems to create a sort of enchantment. And I've gotten some incredibly beautiful emails from readers about their moving experiences while reading the book.

I guess I'll end here by mentioning that the audiobook version of ESCAPEMENT just became available on Audible and iTunes. Though I'd never made an audiobook before, I felt strongly that I had to record this book because the lush and evocative music of the Romantic era is so intrinsic to the story and I just wanted people to be able to hear it for themselves!


The audio version has me reading the part of the protagonist, Henri, as well as a full cast of incredibly talented actors playing all the other characters. And, as the shiny star on top, I had a professional concert pianist record the solo piano pieces on a historic instrument – an 1895 Érard grand piano! It sounds so, well, romantic and it was incredible to watch her perform the pieces.


For me, making the audiobook was a magical experience and I hope it will be for its listeners, too.

Thank you again for this opportunity to share with your readers. I really enjoyed it.

I hope everyone has a great rest of their summer and discovers lots of amazing books that they love! 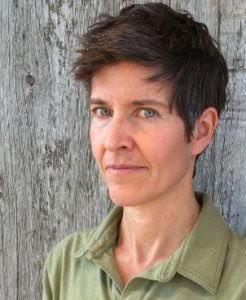 KRISTEN WOLF is an award-winning author, creative and wondernaut living in the Rocky Mountains. Her debut novel, THE WAY, was hailed by O, The OPRAH Magazine as “A Title to Pick Up Now!” Her second novel, ESCAPEMENT, is a *WINNER - 2018 IndieReader Discovery Award* and received this praise: “Wolf is a masterful storyteller who has created an enchanting novel... It will resonate with anyone who has ever felt passion.” —IndieReader

To learn more about Kristen's books and other creative projects, subscribe to her Newsletter at www.kristenwolf.com/subscribe. You can also find Kristen on Twitter, Book Bub, and Goodreads.

Monday, August 6
Feature at Passages to the Past

Tuesday, August 14
Guest Post at To Read, or Not to Read

Monday, August 20
Feature at What Is That Book About

Friday, August 24
Feature at Maiden of the Pages

Thursday, September 13
Review & Guest Post at Clarissa Reads it All

During the Blog Tour we will be giving away two signed copies of Escapement and two $5 iTunes Gift Card! To enter, please enter via the Gleam form below.

– Giveaway ends at 11:59pm EST on September 13th. You must be 18 or older to enter.
– Giveaway is open to US, UK, and Canada residents only.
– Only one entry per household.
– All giveaway entrants agree to be honest and not cheat the systems; any suspect of fraud is decided upon by blog/site owner and the sponsor, and entrants may be disqualified at our discretion.
– Winner has 48 hours to claim prize or new winner is chosen.