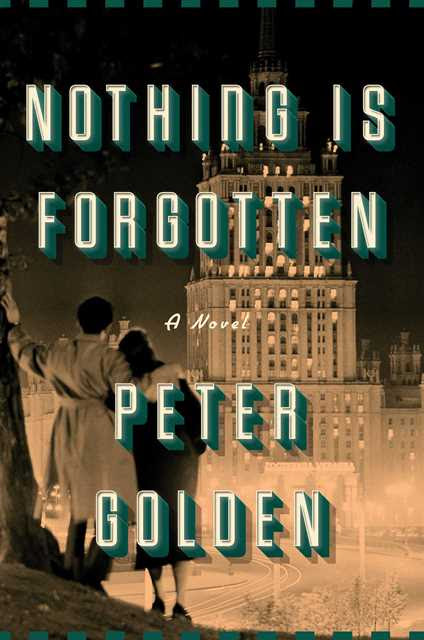 Nothing is Forgotten by Peter Golden

From the beloved author of Comeback Love and Wherever There Is Light, comes a novel about the life-changing journey of a young man who travels from New Jersey to Khrushchev’s Russia and the beaches of Southern France as he finds love and discovers the long-hidden secrets about his heritage.

In 1950s New Jersey, Michael Daniels launches a radio show in the storage room of his Russian-Jewish grandmother’s candy store. Not only does the show become a local hit because of his running satires of USSR leader Nikita Khrushchev, but half a world away, it picks up listeners in a small Soviet city.

There, with rock and roll leaking in through bootlegged airwaves, Yulianna Kosoy—a war orphan in her mid-twenties—is sneaking American goods into the country with her boss, Der Schmuggler.

But just as Michael’s radio show is taking off, his grandmother is murdered in the candy store. Why anyone would commit such an atrocity against such a warm, affable woman is anyone’s guess. But she had always been secretive about her past and, as Michael discovers, guarded a shadowy ancestral history. In order to solve the mystery of who killed her, Michael sets out to Europe to learn where he—and his grandmother—really came from.

Featuring Peter Golden’s signature “vivid characters and strong storytelling” (The Washington Post), Nothing Is Forgotten changes our understanding of the impact of World War II on its survivors and their descendants, and will appeal to fans of novels by Anita Diamant and Kristin Hannah.

"Golden draws a vivid portrait of the Cold War era, but it is the complex and unexpected connection between Holocaust survivors and their descendants that turns this book into a page-turner.” (RT Book Reviews)

"Nothing Is Forgotten is a Russian nesting doll of plot twists across continents and decades. This cleverly constructed Cold War tale, based on gripping true events, keeps readers eagerly anticipating what lies at its heart." -Sarah McCoy, New York Times and international bestselling author of The Mapmaker's Children

"Both heartbreaking and mesmerizing, Nothing Is Forgotten is the sort of book you won't soon forget. Peter Golden starkly juxtaposes the joys of coming of age and first love with the startling revelation of a dark family legacy. Cold War Europe, lingering Nazi secrets, and the tragic history faced by millions of families not only bring this tale to life, but will keep you turning the pages." -Lisa Wingate, New York Times Bestselling author of Before We Were Yours

"Nothing is Forgotten is historical fiction at its finest. A sweeping tale full of humor and heartbreak, Peter Golden takes us on a journey from 1960s America across Europe to explore how inherited histories can follow us through generations and redefine families." -Karin Tanabe, author of The Diplomat's Daughter 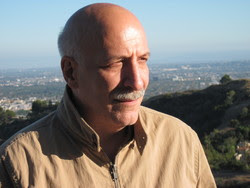 Peter Golden is an award-winning journalist, novelist, biographer, and historian. He lives outside Albany, New York, with his wife and son. He is the acclaimed author of the novels Comeback Love, Wherever There Is Light, and Nothing Is Forgotten.

Monday, August 20
Feature at To Read, Or Not to Read

Wednesday, August 29
Feature at Maiden of the Pages

Friday, August 31
Review at Passages to the Past

Sunday, September 9
Feature at Clarissa Reads it All

During the Blog Tour we will be giving away 5 copies of Nothing is Forgotten! To enter, please enter via the Gleam form below.

– Giveaway ends at 11:59pm EST on September 11th. You must be 18 or older to enter.
– Giveaway is open to US residents only.
– Only one entry per household.
– All giveaway entrants agree to be honest and not cheat the systems; any suspect of fraud is decided upon by blog/site owner and the sponsor, and entrants may be disqualified at our discretion.
– Winner has 48 hours to claim prize or new winner is chosen.