Review: The Astronaut's Son by @tom_seigel 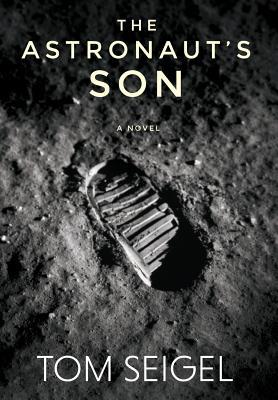 On the eve of the 50th Anniversary of the Moon Landing comes a novel in which a Jewish astronaut must reassess his moral compass when forced to confront NASA's early collaboration with Nazis and the role it may have played in his father's death.

Jonathan Stein thinks only a bad heart can stop him from reaching the moon. But when he discovers his father may have been murdered to protect an appalling NASA secret, he must decide whether his moral compass still points towards the stars. Days before the Apollo 18 launch in 1974, Jonathan's father, an Israeli astronaut at NASA, died of an apparent heart attack. A year before his own launch, in 2005, Jonathan, a typically devout skeptic, becomes captivated by the tale of a mysterious online conspiracy theorist who claims that his father had been killed. Unable to keep long-buried suspicions from resurfacing, he reopens the case, digging into a past that becomes stranger and more compelling the deeper he goes.

To get to the truth he must confront Dale Lunden, his father's best friend and the last man on the moon, and his elusive childhood hero Neil Armstrong. When his relentless pursuit of the truth leads to disturbing revelations about the Nazis who worked for NASA, the hardest questions to answer are the ones he must ask himself.

The Astronaut's Son was inspired by the true story of Nazi scientists and engineers at NASA.

The Astronaut's Son by Tom Seigel is inspired by real-life events about the Nazi scientists and the engineers at NASA. Jonathan Stein's father never made it to the moon. He died of a heart attack a few days before the launch. Now it's Jonathan's turn to go to the moon, and everything seems to be going well for him until an online conspiracy website makes him start to wonder if his dad was actually murdered. This new information sends Jonathan spiraling down a path to find out the truth about how his father died and to question those closest to his father.

The plot of this novel is interesting. I felt just as eager as Jonathan is to find out the truth. The fact that it's inspired by true events further piqued my interest. I have mixed feelings about Jonathan Stein, though I like that he's flawed, but his character felt static. The story held many revelations for Jonathan, but it didn't seem to affect his character very much. Despite that, I enjoyed reading this story.

The lives of astronauts is a fascinating subject in general, and Tom Seigel has touched on a subject that not much written about. The Astronaut's Son covers many interesting theories such as the fake moon landing, cover-ups, and conspiracies. It makes you wonder what's real and what's not. And, I loved the ending. It's a great mystery for a weekend read.

To read other reviews on this book, go to: https://www.tomseigel.com/blog-tour

I received an e-copy of this book in exchange for a fair review.

Enter to win a copy of THE ASTRONAUT’S SON, a package of freeze dried astronaut ice cream and a gift card for 2 movie tickets (hopefully you will use the tickets to go and see the Neil Armstrong movie, First Man which opens on October 12).  Giveaway limited to the USA only You must be at least 13 years old. Please read our giveaway policy before entering. Here's a direct link to the form should you need it: https://goo.gl/forms/yqttwY93ehjR7evO2