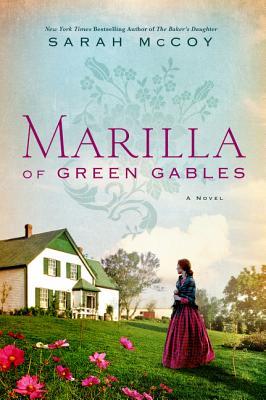 Plucky and ambitious, Marilla Cuthbert is thirteen years old when her world is turned upside down. Her beloved mother has dies in childbirth, and Marilla suddenly must bear the responsibilities of a farm wife: cooking, sewing, keeping house, and overseeing the day-to-day life of Green Gables with her brother, Matthew and father, Hugh.

In Avonlea—a small, tight-knit farming town on a remote island—life holds few options for farm girls. Her one connection to the wider world is Aunt Elizabeth “Izzy” Johnson, her mother’s sister, who managed to escape from Avonlea to the bustling city of St. Catharines. An opinionated spinster, Aunt Izzy’s talent as a seamstress has allowed her to build a thriving business and make her own way in the world.

Emboldened by her aunt, Marilla dares to venture beyond the safety of Green Gables and discovers new friends and new opportunities. Joining the Ladies Aid Society, she raises funds for an orphanage run by the Sisters of Charity in nearby Nova Scotia that secretly serves as a way station for runaway slaves from America. Her budding romance with John Blythe, the charming son of a neighbor, offers her a possibility of future happiness—Marilla is in no rush to trade one farm life for another. She soon finds herself caught up in the dangerous work of politics, and abolition—jeopardizing all she cherishes, including her bond with her dearest John Blythe. Now Marilla must face a reckoning between her dreams of making a difference in the wider world and the small-town reality of life at Green Gables.

*I received a copy of Marilla of Green Gables for review from William Morrow. While I'm grateful for the opportunity provided by the publisher to read this book, it in no way reflects my opinions of said novel.

Anne of Green Gables is one of my all-time favorite books. Lucy Maud Montgomery's characters enchanted me at an early age. Marilla of Green Gables was on my list of most anticipate books of 2018. It's also now on my list of most favorite books of 2018. But I have to admit, I started reading this book with a little trepidation. I had high-hopes concerning this book and characters, and I wondered if McCoy could deliver on these characters that I hold so dear.

My first impressions of Marilla in Anne of Green Gables was not great. She seemed strict and unyielding, but as the story moved forward, she became very dear to me. There is a conversation that takes place in Anne of Green Gables between Anne and Marilla that eludes to a bit of romantic history in Marilla's past. Montgomery never elaborates, so the reader must make our own assumptions to what happened between Marilla and John Blythe. Until now.

Sarah McCoy answers the question that so many of the Green Gables fans have wondered for so long. She takes us back to when Marilla was a girl, finding her way in the world. I was nostalgic while meeting Rachel, Mathew, Marilla, and the other characters from Avonlea as if for the first time. There are also some new characters that are just as charming as the original characters. Aunt Elizabeth "Izzy" Johnson, Marilla's mother's twin sister, reminded me of Anne in so many ways. And, of course, Jon Blythe. While you get a glimpse of him in Anne of Green Gables, McCoy brings his character to the front and center while she explores the relationship between Jon and Marilla.

Even though I knew how their story would end, I really wanted a different ending. But McCoy was true to L.M. Montgomery's vision. I also enjoyed reading more of the historical details McCoy included in this book. McCoy really did Marilla justice. She answered a lingering question about what happened between Marilla and her beau and how she became the woman readers would come to know in Anne of Green Gables.