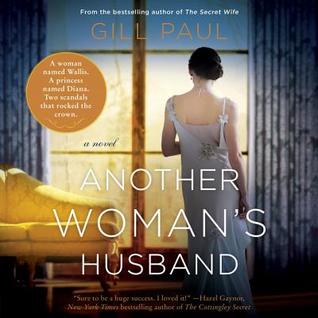 As the world mourns the loss of Diana, Princess of Wales, one young woman uncovers a forgotten story of passion, betrayal, and a scandal surrounding the British crown in this unforgettable novel by the bestselling author of The Secret Wife.

Two women who challenged the Crown.

Divided by time. Bound by a secret...

1911: When fifteen-year-old Mary Kirk meets Wallis Warfield at summer camp, she’s immediately captivated by her fearless, brazen, and self-assured personality. And Wallis has a way with the boys who are drawn to her like moths to a flame. Though Mary’s family isn’t crazy about her new best friend, she steadfastly stands by her side—even years later when they’re adults and rumors swirl about Wallis and her reckless behavior with none other than the Prince of Wales. But when Mary’s loyalty to Wallis comes into question, their friendship will be put to the ultimate test.

1997: After a romantic proposal in Paris, Rachel and her fiancé Alex are in a cab when suddenly the car ahead crashes. They’re stunned to learn Princess Diana is in the car. By the wreckage, Alex finds a heart pendant with an engraved letter “J” and Roman numerals XVII and gives it to Rachel to hold. Haunted by the crash and Diana’s subsequent death, Rachel is intrigued when she discovers that Di had visited the last home of Wallis, the Duchess of Windsor, only hours before the accident. Eventually, the revelation of a long-forgotten link to Wallis Simpson leads Rachel to the truth behind a scandal that shook the world...

I listened to Another Woman's Husband as an audiobook and I loved it! Laura Aikman did a fantastic job giving each character a unique voice and dealing flawlessly with the duel narrative of Gill Paul's exciting novel. If you're going to read this novel, I highly recommend the audiobook!

Another Woman's Husband switches back and forth between two time periods and two stories that are entwined. The first story line begins in 1911 with Mary Kirk and Wallis Warfield. They're both teenage girls at a private school. This book tells their story from their first meeting into adulthood, where their friendship is tested. The second story takes place in 1997, just after the death of Princess Diana. Newly engaged, Rachel and Alex witness the crash that killed Diana. Rachel is haunted by the accident, while Alex becomes obsessed.

I remember the night that Diana died. I was coming home from a concert. The news shook us, like it did the rest of the world. It was surreal to read a historical novel involving her death. I had mixed feelings about it. I didn't like the story in this timeline like I did with Mary and Wallis's story. For starters, Rachel's too good for Alex. He is a jerk, and she could do better! But it's not a bad story, I just like delving a little further into the past.

I enjoyed learning about Wallis Simpson through the fictional eyes of her best friend, Mary. Their story kept me captivated and engaged. I think Wallis was an acquired taste that not many people liked. As a whole, this book is really good and well worth the listen. Gill Paul has written a fascinating look into the life of  the notorious Wallis Simpson full of intrigue and more. Reading this book was a absolute pleasure!

*My thanks to Edelweiss and Harper Audio for a review copy of this book. While I'm grateful for the opportunity to review this novel, it in no way influenced my opinion.