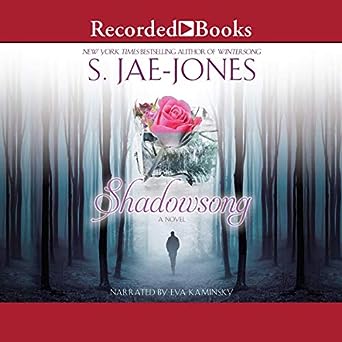 Six months after the end of Wintersong, Liesl is working toward furthering both her brother’s and her own musical careers. Although she is determined to look forward and not behind, life in the world above is not as easy as Liesl had hoped. Her younger brother Josef is cold, distant, and withdrawn, while Liesl can’t forget the austere young man she left beneath the earth, and the music he inspired in her.

When troubling signs arise that the barrier between worlds is crumbling, Liesl must return to the Underground to unravel the mystery of life, death, and the Goblin King—who he was, who he is, and who he will be. What will it take to break the old laws once and for all? What is the true meaning of sacrifice when the fate of the world—or the ones Liesl loves—is in her hands?

*I received a copy of this book from the publisher in exchange for a review. All my opinions are my own.

I loved Wintersong by S. Jae-Jones. I devoured the book in almost one sitting. It was with great anticipation that I was finally able to read/listen to Shadowsong. The book is narrated by Eva Kaminsky, who does a wonderful job. It also helped to hear out loud how some of the names in Shadowsong are pronounced. Though I didn't love this second book as much as I did the first, I'm glad I listened to it as an audiobook.

If you haven't read the first book, I suggest you start there, or Shadowsong won't make much sense. The story picks up about six months after the first book ends. From the beginning, the pace was slow. Liesl mourns over her austere young man. Her world is somber and the tone is reflected in the writing. At the beginning of the novel, Jae-Jones issues a trigger warning. Her main character suffers from bi-polar disorder. Even Josef suffers from depression. I tried to keep this knowledge at the forefront of my mind while reading, because at times the story felt a little tedious. I could tell what the writer was trying to do, but didn't quite make it, at least in the first half of the book.

The second half, however, had more grit to it. It felt as if the story was finally coming together. The pace picked up, and I was more invested in the characters. The ending was something readers will be satisfied with. I am sorry to say that I didn't love this book, because I really really wanted to. Overall I did like it, though. The beginning was tough to get through, but I think it's worth it to get to the other side.