Showing posts from July, 2019
Show all

Audiobook Review: The Other Queen 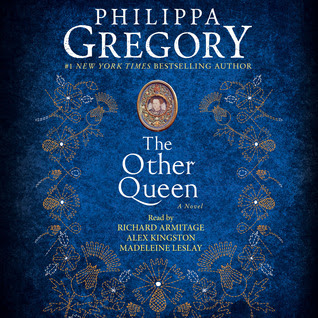 The Other Queen: A Novel (The Plantagenet and Tudor Novels #15) by Philippa Gregory  Narrated by Richard Armitage, Alex Kingston, Madeleine Leslay  Published June 25th 2019 by Simon Schuster Audio Length: 16 hrs and 32 mins 9781508292814
Summary
Fleeing violent rebellions in Scotland, Mary looks to Queen Elizabeth of England for sanctuary. Though promised protection, Mary, perceived as a serious threat to the English crown, is soon imprisoned by her former friend as a “guest” in the house of George Talbot, Earl of Shrewsbury, and his indomitable wife, Bess of Hardwick. The newly married couple welcomes the condemned queen into their home, certain that serving as her hosts and jailers will bring them an advantage in the cutthroat world of the Elizabethan court.
To their horror, they grow to realize that the task will bankrupt their estate and lose them what little favor they’ve managed to gain as their home becomes the epicenter of intrigue and rebellion against Queen Elizabeth. And …
Post a Comment
Read more

One Fine Duke by Leora Bell 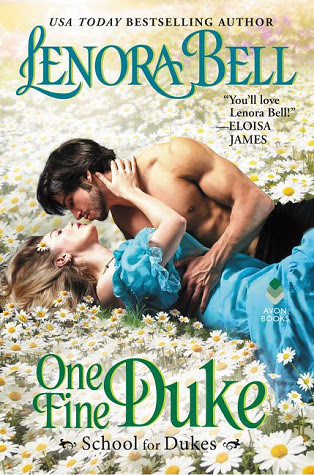 Ready. Raised in the countryside by her overprotective uncle, Miss Mina Penny’s dream of a triumphant London season is finally here. She determined her perfect match long ago: Rafe Bentley, the wickedest rake of them all. There’s only one very large, very unyielding obstacle: Rafe’s brother Drew, the reclusive Duke of Thorndon. Aim. This was supposed to be simple. Duke goes to London. Duke selects suitable bride. Love match? Not a chance. But when Drew meets Mina, she complicates everything. How can a lady armed with such beauty and brains fall for his irresponsible degenerate of a brother? Drew vows to save her from heartbreak and ruin, no matter the cost. Desire! But Mina is no damsel in distress. She’s daring, intuitive, passionate…and halfway to melting Drew’s cold heart. And although Mina …
Post a Comment
Read more

Magic and empowerment: Week 14 of Sync's Summer of Audiobooks For Teens

Downloadthis week's free audiobooks.
Available for a Limited Time Remember — grab these titles before the Summer SYNC Program ends at midnight on 7/31/2019! While the title availability is time-limited, your listening time is not. Once you have downloaded the MP3 files, the audiobook is yours to keep and listen to at your leisure.


by Maggie Stiefvater | Read by Thom Rivera Published by Scholastic Audiobooks
Here is a thing everyone wants: A miracle. Here is a thing everyone fears: What it takes to get one. Any visitor to Bicho Raro, Colorado, is likely to find a landscape of dark saints, forbidden love, scientific dreams, miracle-mad owls, estranged affections, one or two orphans, and a sky full of watchful desert stars. At the heart of this place you will find the Soria family, who all have the ability to perform unusual miracles. And at the heart of this family are three cousins longing to change its future: Beatriz, the girl without feelings, who wants only to be free to examine…
Post a Comment
Read more 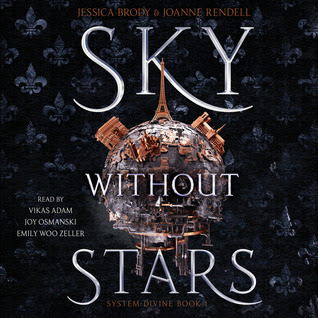 Sky Without Stars (System Divine #1) by Jessica Brody and  Joanne Rendell  Narrated by Joy Osmanski, Emily Woo Zeller, and Vikas Adam  Length: 18 hrs and 33 mins 624 pages Published April 2nd 2019 by Simon Schuster Audio  9781508281269
Summary A thief. An officer. A guardian.
Three strangers, one shared destiny…
When the Last Days came, the planet of Laterre promised hope. A new life for a wealthy French family and their descendants. But five hundred years later, it’s now a place where an extravagant elite class reigns supreme; where the clouds hide the stars and the poor starve in the streets; where a rebel group, long thought dead, is resurfacing.
Whispers of revolution have begun—a revolution that hinges on three unlikely heroes…
Chatine is a street-savvy thief who will do anything to escape the brutal Regime, including spy on Marcellus, the grandson of the most powerful man on the planet.
Marcellus is an officer—and the son of a renowned traitor. In training to take command of t…
Post a Comment
Read more

Beyond Assumptions: Week 13 of Sync's Summer of #Audiobooks

Available for a Limited Time Remember — grab these titles before they are replaced by a new pairing on 7/25/2019! While the title availability is time-limited, your listening time is not. Once you have downloaded the MP3 files, the audiobook is yours to keep and listen to at your leisure.
Downloadthis week's free audiobooks.

by Veronica Chambers | Read by Karla Souza Published by Penguin Random House Audio/Listening Library
Fans of Jane the Virgin will find much to love about The Go-Between, a coming-of-age novel from bestselling author Veronica Chambers, who with humor and humanity explores issues of identity and belonging in a world that is ever-changing.


by David Arnold | Read by Phoebe Strole, Michael Crouch, Ryan Vincent Anderson Published by Penguin Random House Audio/Listening Library Victor Benucci and Madeline Falco have a story to tell. It begins with the death of Vic’s father. It ends with the murder of Mad’s uncle. The Hackensack Police Department would very much like to hear…
Post a Comment
Read more 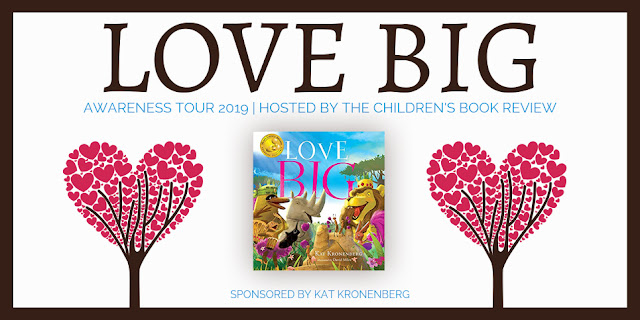 Love Big Written by Kat Kronenberg Publisher’s Synopsis: The once thriving, African savanna has turned dry and desolate. Baboon watches animals who are so hungry that they seek only their own interest. Rhinoceros destroys Termite’s castle in his race to find food. Hare chooses not to share food with her family, and Lion steals from his pride. But after Baboon sees Rhinoceros give Hare his snack-on-a-stick, everything changes! Baboon realizes that a transformative power exists between the animals and the stardust that surrounds them once they share smiles and truly believe in themselves and each other. Read on to see if Baboon can save the savanna with this new secret and a very stinky, unlike hero… Ages 3-10 | Publisher: Greenleaf Book Group Press | January 8, 2019 | ISBN-13: 978-1626346000 PURCHASE LINKS
Amazon Barnes and Noble IndieBound
www.katkronenberg.com: http://www.katkronenberg.com/ Facebook: https://www.facebook.com/KatKronenberg/ Twitter
Post a Comment
Read more

Review: Death in a Desert Land 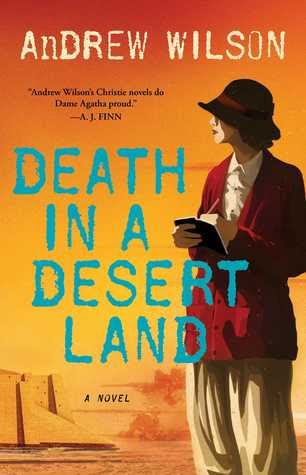 Death in a Desert Land (Agatha Christie #3) by Andrew Wilson Published July 9th 2019 by Atria Books 352 pages 9781501197468
Summary Fresh from solving the gruesome murder of a British agent in the Canary Islands, mystery writer Agatha Christie receives a letter from a family who believe their late daughter met with foul play. Before Gertrude Bell overdosed on sleeping medication, she was a prominent archaeologist, recovering ancient treasures in the Middle East. Found near her body was a letter claiming that Bell was being followed. To complicate things further, Bell was competing with another archeologist, Mrs. Woolley, for the rights to artifacts of immense value.
Christie travels to far-off Persia, where she meets the enigmatic Mrs. Woolley as she is working on a big and potentially valuable discovery. Temperamental but brilliant, Mrs. Woolley quickly charms Christie but when she does not hide her disdain for the recently deceased Miss Bell, Christie doesn’t know whether to trust …
Post a Comment
Read more
More posts