5 nonfiction audiobooks for your consideration 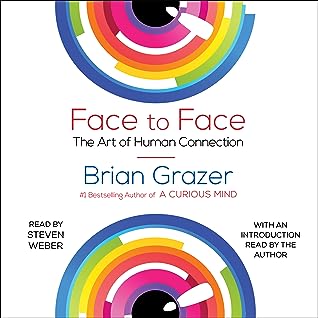 How to Connect: Stories on the Power of Human Connection
by Brian Grazer
Narrated by: Brian Grazer - introduction, Steven Weber
Published September 17, 2019 by Simon Schuster Audio
Length: 4 hrs and 42 mins
9781508282495

Are you ready for the secret? Let me save you 4 hours and 42 minutes. Make eye contact. Yep, that's it. I didn't think this was a secret, per se. After all, any communications class will tell you how important it is. But it's also no secret that today's society tend to be looking at their phones more than each other, so maybe we need this reminder. Brian Grazer goes on to illustrate his points about eye contact by telling stories (heavy on the name dropping) about his life and how this concept served him well. While the intentions were good, the execution not so much. 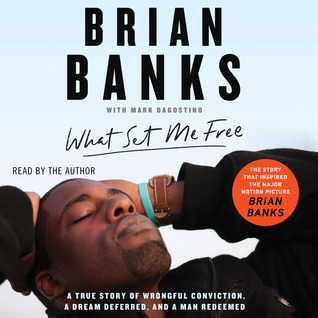 What Set Me Free A True Story of Wrongful Conviction, a Dream Deferred, and a Man Redeemed
by Brian Banks
Narrated by Brian Banks
Length: 8 hrs and 15 mins
Published July 2nd 2019 by Simon Schuster Audio
9781508295020

"Discover the unforgettable and inspiring true story of Brian Banks—a young man who was wrongfully convicted as a teenager and imprisoned for more than five years, only to emerge with his spirit unbroken and determined to achieve his dream of playing in the NFL."

What Set Me Free is an eye-opening memoir about a young man who was failed by the US judicial system. I went through an array of emotions while listening this audiobook, beginning with infuriated and incredulous to inspired and hopeful. Stories like Brian's need to stay in the media to keep issues like this in the forefront of our minds. Our country needs many things, but prison reform needs to be at the top. Too many people are being wrongfully convicted or serving outrageous sentences for minor crimes. I am so sorry that Brian Banks had to go through this, but I am grateful for him to tell his story so that others may not have to suffer as he did. 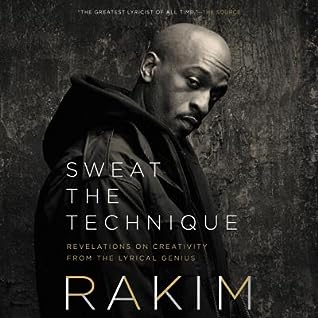 "Filled with valuable lessons for every writer, Sweat the Technique reveals the heart and mind of an artist and his love for great storytelling, and always, the words."

I am fascinated by artists' creative process, and that fascination led me to this book. I have to be completely honest, I didn't know who Rakim was or what his contribution to hip hop was before I began this book. I liked that Sweat the Technique wasn't a typical 'how to' guide. Instead it's part memoir/part writing guide. One thing that struck me while listening was Rakim's absolute confidence he had in himself to see his vision of who he wanted to be and what he wanted to accomplish to fruition. He didn't compromise himself, and that's truly inspiring. I think this book has a little something for everyone, no matter your industry.

And a little bonus. Try not to dance. I dare you.

"Hillary Rodham Clinton and her daughter, Chelsea, share the stories of the gutsy women who have inspired them—women with the courage to stand up to the status quo, ask hard questions, and get the job done."

The Book of Gutsy Women seemed to be like a conversation between Hillary and Chelsea that the audience is privileged to sit in on. This book highlights powerful, gutsy women both past and present. I love books like this one. Books that highlight the accomplishments of so many women who didn't make the pages of history, of were given but a single sentence about their contributions. I also love that the book included women of today, who should be highlighted for their achievements in making this world a better place. 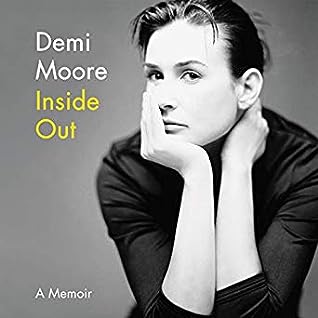 Inside Out
by Demi Moore
Narrated by Demi Moore
Length: 6 hrs and 31 mins
Published: 09-24-19 by HarperAudio
B07RFJSVRB

"Famed American actress Demi Moore at last tells her own story in a surprisingly intimate and emotionally charged memoir."

Inside Out felt like a rebuttal to an argument I wasn't privy to. It felt defensive. It felt a little chaotic at times. I grew up watching Demi on the big screen--Ghost and St. Elmo's Fire among my favorites. I knew very little about her private life before listening to Inside Out. And I kinda wish I could go back to my previous ignorant state.
Demi begins with her childhood. It was terrible. Her parents were terrible. She moved around a lot, she had/has body image issues, and then the book goes on to talk about her feelings of not belonging, her drug and alcohol abuse, her career, her marriages, the roles she took on, and her public image. It seemed if she were trying to justify all her actions. But justify them to whom exactly?
I don't know.
A lot of what she went through is not uncommon. The impostor syndrome thing is real. So maybe she's trying to say, "I'm just like you." I don't know. But taking responsibility for your choices, owning your choices, good and bad, and not blaming everyone else for your decisions is part of being an adult. I don't think she quite there yet. But hey, we're all learning and growing every day. One thing I thought was really brave was her sharing about her rape at 15. This is a travesty and a situation where 100% blame lay entirely elsewhere. This might be a trigger for some readers, so be warned.


*I received some of these book from publishers in exchange for an honest review.