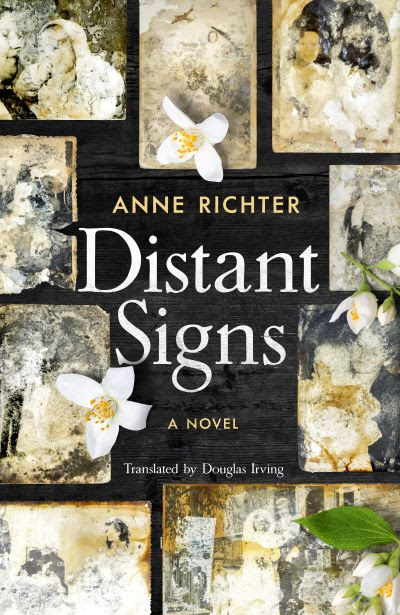 Distant Signs is an intimate portrait of two families spanning three generations amidst turbulent political change, behind and beyond the Berlin Wall. In 1960s East Germany, Margret, a professor's daughter from the city, meets and marries Hans, from a small village in Thuringia. The couple struggle to contend with their different backgrounds, and the emotional scars they bear from childhood in the aftermath of war. As East German history gradually unravels, with collision of the personal and political, their two families' hidden truths are quietly revealed. An exquisitely written novel with strongly etched characters that stay with you long after the book is finished and an authentic portrayal of family life behind the iron curtain based on personal experience of the author who is East German and was 16 years old at the fall of the Berlin Wall. Why do families repeat destructive patterns of behaviour across generations? Should the personal take precedence over the political? Can we rise above our histories and political identities to forge a new understanding of the past and to welcome change?

After work, I was now in the habit of taking an evening stroll through the surrounding area. My eyes quickly grew accustomed to the faint light, so that each time I recognised the contours of the land better, easily discerned the paths, trees, meadows and fences. Shrouded in my coat and woollen scarf I was at one with the winter air, the dormant plants, the sleeping animals, on some days with the snow, luminous against the dark.
One evening, at the edge of a meadow I spotted a man’s silhouette, static and slightly stooped, hands clasped behind his back. He turned to me as I approached.
“The evening air here,” he said by way of greeting, “reminds me of home.”
I recognised the young man’s face; he too worked on the farm.
“Where are you from?” I asked, and he named a village near my boarding school. I told him where I had gone to school and how fondly I remembered my time there. He mumbled in surprise that no one else here knew his village.
We were silent for a moment; then he said, “I learned some of the work when I was a child: harvesting crops and milking goats.”
I nodded, and was surprised to think that he had also noticed me on the farm.
“I’m here to deepen my knowledge before I start my studies,” he continued, and proceeded to tell me that while it was still light on his early autumn walks he had picked plants at the field perimeters and set up a herbarium. “I don’t mind the winter,” he said.
I rubbed my hands together, formed two small hollows and breathed into them. We were not far from the farmyard when he offered me his gloves. I hesitated. Then my hands slipped into the already warm wool.
In the meagre light of the murky farmyard lantern, I noticed he had a slight squint in his left eye and blushed under my gaze. Although he did not come across as very athletic and looked poorly suited to hard farm work, I felt at ease in his presence, precisely because there was nothing boisterous or uncouth about the way he talked and behaved. As we said goodnight he asked me my name.
“Margret,” I told him.
And he told me his – Hans – before adding, “The women in my village don’t have as nice-sounding names as yours.” 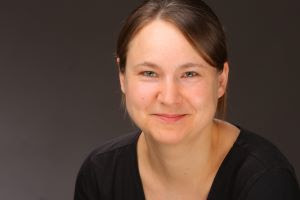 Anne Richter was born in 1973 in Jena, in the former German Democratic Republic. Her degree in Romance languages and English included study periods in England, Italy and France. In 2011, Anne was nominated for the Ingeborg Bachmann Prize, a highly regarded German-language literary award. Her debut novel, Distant Signs, was published in Germany in 2013. Anne is currently writing her second novel.

Douglas Irving is Scottish. He studied German and Spanish at Aberdeen University. In 2014 he completed a Masters in Translation at Glasgow University. His first translation, Crossing: A Love Story by Anna Seghers was published in 2016 in the US to positive reviews. His translation of Anna Seghers’ last work published in her lifetime, Three Women from Haiti, is set to follow.

Tuesday, November 12
Review at Books In Their Natural Habitat

Wednesday, November 13
Excerpt at To Read, Or Not to Read

Friday, November 22
Feature at What Is That Book About

Monday, November 25
Review at So Many Books, So Little Time

Tuesday, November 26
Excerpt at Passages to the Past

During the Blog Tour, we are giving away a copy of A Distant Signs by Anne Richter! To enter, please use the Gleam form below.

- Giveaway ends at 11:59 pm EST on November 29th. You must be 18 or older to enter.
- Paperback giveaway is open internationally.
- Only one entry per household.
- All giveaway entrants agree to be honest and not cheat the systems; any suspicion of fraud will be decided upon by blog/site owner and the sponsor, and entrants may be disqualified at our discretion.
- The winner has 48 hours to claim prize or a new winner is chosen.