My First DNF Book of 2020: The Bridge to Belle Island 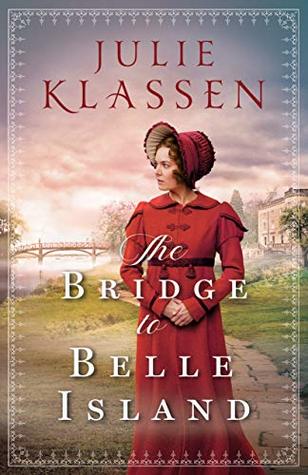 After a humiliating mistake, lawyer Benjamin Booker resolves to never again trust a beautiful woman. When an old friend is killed, the senior partner isn't satisfied with Bow Street's efforts and asks Benjamin to investigate. Eager to leave London for a while, Benjamin agrees. Evidence takes him to a remote island on the Thames, a world unto itself, shrouded in mist and mystery. Soon he finds himself falling for the main suspect--a woman who claims not to have left the island in ten years. But should he trust her?

On Belle Island, Isabelle feels safe and leads a productive life, but fear keeps her trapped there. When Mr. Booker arrives with news of her trustee's murder in London, Isabelle is stunned. She has not left the island, yet she has a recurring dream about the man's death. Or is it a memory? She had been furious with him, but she never intended . . . this.

When a second person dies and evidence shockingly points to her, Isabelle doesn't know who to trust: the attractive lawyer or the admirer and friends who assemble on the island, each with grudges against the victim. Can she even trust her own mind? While they search for the truth, secrets come to light and danger comes calling.

Well it was bound to happen. The Bridge to Belle Island by Julie Klassen is my first "did not finish" of 2020, and I have to admit, I didn't see it coming. I have read many of Klassen's books, and I found them delightful. Needless to say, I thought Belle Island would be another enjoyable read. However, I tried and failed to like this book. I had a hard time connecting with the story and the characters.

I began this book by listening to the audiobook narrated by James Langton. He has a pleasant voice, but it felt like his voice was wrong for Klassen's book. I had listened for about two hours before I came to this conclusion. So I decided to read the book instead on Kindle, yet I still couldn't get interested in the book. So maybe it wasn't the narrator after all.

Not finishing a book is a huge letdown for me, especially when it's an author I enjoyed reading in the past. Oh well, there's always next time.

*I received a copy of the audiobook from Recorded Books for review purposes only. I purchased the Kindle copy myself.